In the Foregate is the Berkeley Hospital, founded by Robert Berkeley of Spetchley. In his Will of 1692, he left £2000 to erect and maintain a Hospital for 12 poor men and one woman, and provision for a chaplain and a steward. c.1910 Robert was a noted horticulturalist, and is said to have been responsible for the introduction of Cedars into Worcestershire. He was a friend and correspondent of the celebrated diarist, John Evelyn, and his earliest specimens were probably seedlings grown by him. The elms in the court year of the Berkeley Hospital were planted in 1710; one for each inmate, 12. but later, the number of inmates was increased. Sadly, they were felled in 1935.

The ornate wrought-iron gates of the Hospital were saved from being melted down at the outbreak of the 1939 War by two Worcester men, historian Matley Moore and Maurice Jones. On hearing that the gates were to go, they removed them by night, and when the workmen came, they were told that a workcrew had collected them a few days earlier. After the War, the gates re-appeared. By co-incidence, Maurice Jones was later made responsible locally for listing ironworks for preservation 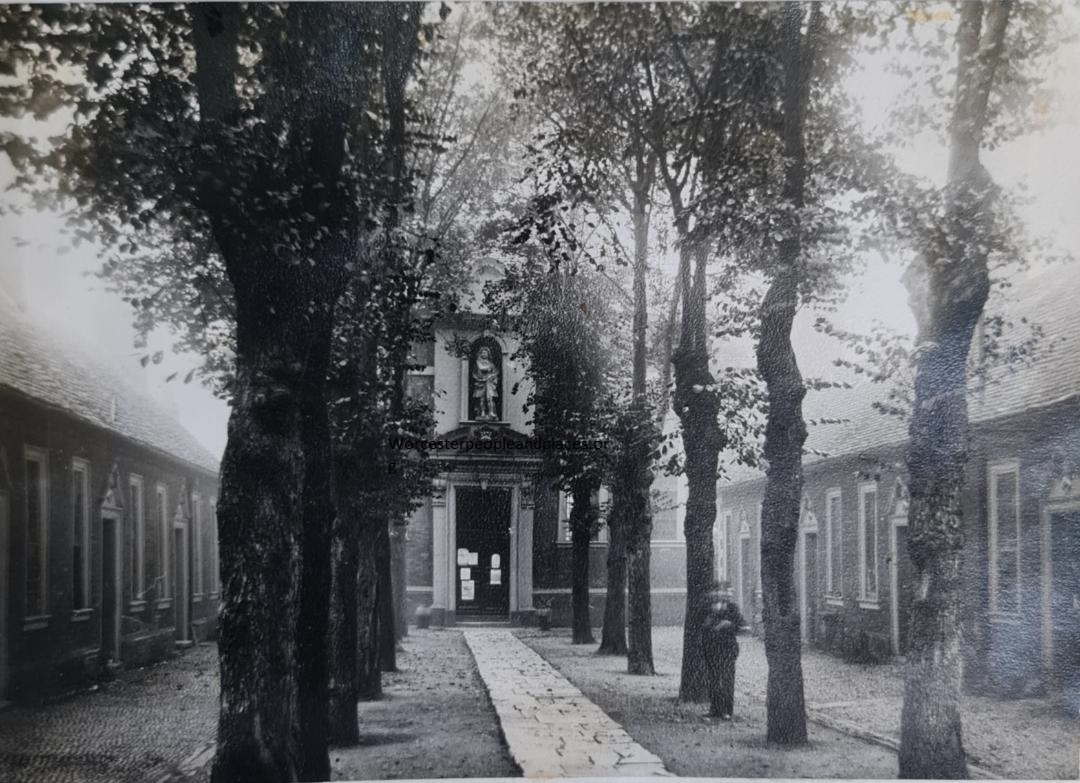