Prince Arthur was laid to rest on the night of April 26, 1502 in Worcester Cathedral. The legend inscribed on the four sides of his marble-topped tomb in the new Gothic style typeface used by Caxton, has no figures or abbreviations, and reads : 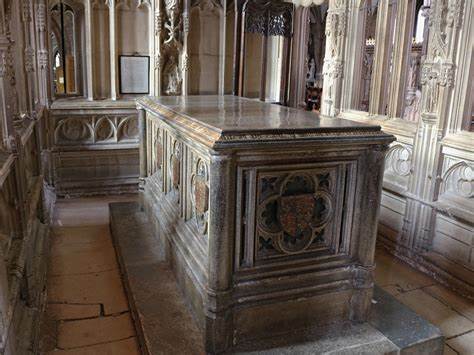