In the 1920/30s a short stretch of riverbank at Grimley, known as the Grimley Lido, gave untold pleasure to the people of Worcester. It was hardly a 'Costa Brava' or a beach on the Cornish Riviera, just the length of a longish field, but it became the mecca of thousands of people who wanted a dip in the river, or a picnic, on a summer weekend, or on a Thursday 'half-day closing'. 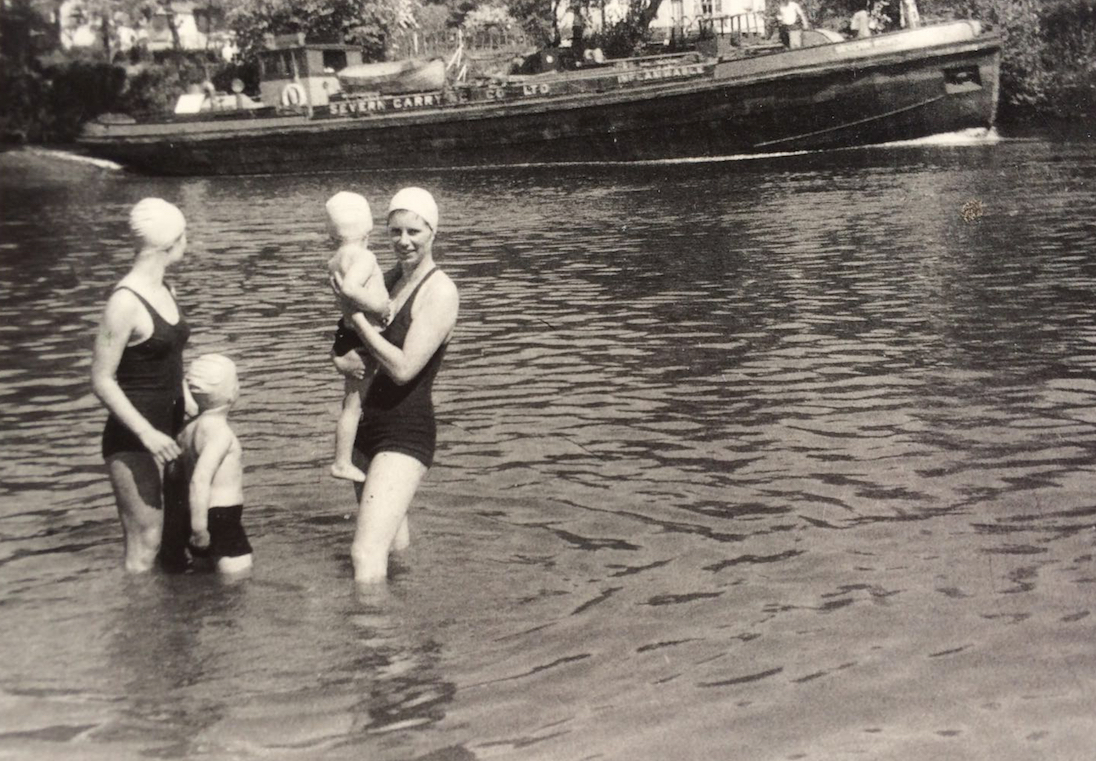 It was about six miles out of Worcester, and , most got there by bus, cycle, or by 'Shank's Pony', and for some, by the latest addition to the household, the small family car. To get there, one passed Grimley Church and a cottage off-licence called the Mason's Arms (which was later enlarged by two other cottages and called 'The Wagon Wheel') and down the hollow lane to the river. The field was downstream from the lane, and the farmer stood at the gate taking the money and giving a ticket. You paid a shilling for parking cars, 9d for a motor-bike and sidecar, 6d for a motorcycle, 2d for walkers and those with a cycle. Locals went free.

The river was very shallow on the Grimley bank, and the field was nice for picnics, but why it became so popular is a mystery. There was at that time a cult of the out-of-doors with hiking and cycling very popular, and very few places where one could bath with safety. The War brought the 'Lido' to an end, and since then, the field has been deserted.